Book translation is something many indie authors seem to be concerned about. They worry about both the quality of the service, and the fact that even if they find good translators, these may choose to change some segments of their books. 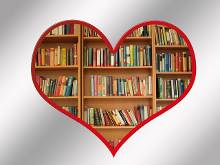 I well understand their fears. In fact, authors make strong efforts to create a good piece of literature, and it’s pretty normal that they want to be sure that each single concept is properly transferred into another language without changes.
Moreover, they usually don’t know the language into which their books are going to be translated. Thus, they cannot be certain of the fact that the translator they chose did a good job.
In short, their literary reputation is at stake.


However, being a translator, I also can’t help smiling at the way they seem to see translators in general, that’s to say as butchers of words.

But are indie authors’ concerns justified?
Well, in my opinion, yes and no.

No, because professional translators’ aim is not that of taking a juicy roast, mincing it, and turn it into meatballs. In short, they don’t change a book according to their preferences, ever!
What professional translators do is recreate the purpose and the style of the book into their native language, while trying to be as faithful as possible to the source text. Respect for both the book and the author is of paramount importance when translating.

Yes, because, first of all, every translation, although conveying the same meaning and using the same words, is in its own way a version of the original.
Secondly, because in some cases it is possible that the meaning of the source text or its words are modified. Why? Usually because of what in translationese are called CSI. This word doesn’t refer to some crime scene investigations, but to Culture Specific Items, words that are proper of a specific language, or that acquire a particular meaning in a specific culture – puns, idioms, dishes, gestures and habits, names, etc. These words are so entrenched in such a culture to become either untranslatable or to raise some problems if translated literally.

Let’s take for example the word Trustafarian used in the following excerpt taken from Bridget Jones, the edge of reason and at its translation into Italian.

“I followed her gaze to the fashionable Trustafarian girls at the next table.”

This word refers to rich young people who adopt an ethnic lifestyle and live in a non-affluent urban area. Italian doesn’t have a similar term. So, in this case, the translator decided to omit Trustafarian and translate fashionable girls as fighette – fashion victims (more or less) – instead of translating it literally as ragazze alla moda. With this choice the translator probably tried to limit conceptual losses. Indeed, she chose a term that conveyes at least a negative connotation, just as Trustafarians does.

Another example is represented by the names and puns found in Harry Potter. For instance, the original name of Lord Voldemort is Tom Marvolo Riddle, which is also the anagram of I’m lord Voldemort. To preserve this pun, the translator had to change the second name of the character into Tom Orvoloson Riddle, so as to get the anagram of Son io lord Voldemort.

In short, there are cases in which the source text is modified to give readers a better experience. If in Bridget Jones, the translator had used a borrowing or a calque – Trustafarian, Trustafariane – all Italian readers who don’t know English, would have felt puzzled.1 And Harry Potter’s readers would have felt exactly the same if the translator had preserved Voldemort’s original name.

So, now you know that when translating a book, professional translators may make some changes. However, they don’t make them on a whim, but because it’s necessary.

Ok, got it! But what if I still prefer to preserve the original text? And how do I know if the changes a translator makes to my book are really necessary?

Wait! What about the quality of the translation? How can I be sure the translator did a good job?

What about you? Have you already had your book translated? Feel free to share your experiences and opinions below.

1.Unless this choice was combined with a footnote explaining the concept.

How to get rid of bad luck – Italian practices
Next Post: Twelve Italian words you won’t learn from coursebooks