Today I’m going to teach you the use of a typical Italian expression with the help of my Dutch friend Rob.

I knew Rob more than two years ago on a social network. We were both members of a group for people interested in Italian and Italy. Rob 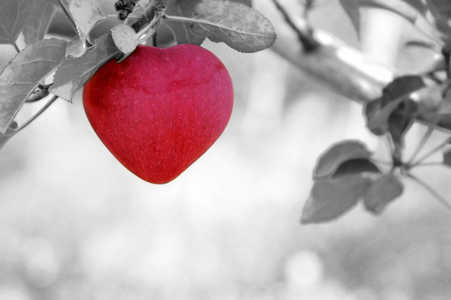 is so in love with Italy that he and his wife regularly spend their holidays in this country, travelling from North to South.

From about two years now, Rob and I chat in Italian once a week. He tells me beautiful mini-stories about his holidays in Italy, and sometimes I correct him to help him improve his knowledge of Italian.
Some time ago, he told me a story about the trip he and his wife made to Florence.

I want to share this mini-story with you because it’s a good opportunity to learn how to use one of the most common Italian expressions to show affection: ti voglio bene.

You find the original story first, and the English translation below it. 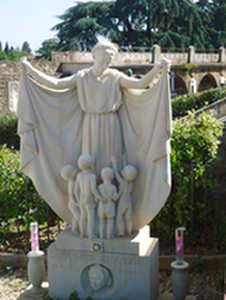 The story of an expression we learnt from Chiara

We were in Florence. We visited Basilica di San Minato al Monte and the cemetery next to it. We entered the cemetery above of all to see a really beautiful gravestone.

Then, we went to piazzale Michelangelo. Later on, we learnt that also Beyoncé had been there the same day. It’s a shame we didn’t seen her!

From Piazzale Michelangelo, we took a walk in the Rose garden, and then we headed to Piazzetta di San Miniato.

We noticed that there was a restaurant right opposite Piazzetta di San Miniato. So, we entered and we sat on the terrace.
I ordered a pizza margherita, while my wife ordered a delicious risotto. A handsome young waiter served us the meal.

During lunch, the waiter asked us if the food was good and…my wife answered “It’s good. And I love you” –  She learned this expression from me, because I learned it from Chiara. He said “Why?” Oh, Oh, how to reply to this question? My wife quickly said “because you’re always smiling and because you have a nice smile”.

When I finished reading Rob’s story, I started to laugh. Then, I started hearing a little voice in my head saying “Houston we have a problem”. No, it wasn’t a sign of madness – or maybe it was, I don’t know – the fact was that I didn’t know how to tell him that the expression he was so proud to have learnt from me was just used in, let’s say, an unusual way, a way that could have created some embarassing misunderstandings. The Italian expression in question is ti voglio bene.

Ti voglio bene in Italian is a sentence used to show affection and it means I love you. You can use it either with your relatives or with your friends.
In short, you usually use ti voglio bene with people you know quite well, you care about, and you’re close to. Italians would never use this expression with people they have just known, like…a waiter!

So, what’s one of the correct expressions that can be used in Rob’s story to replace ti voglio bene?

HOW DID THE STORY END?

At the end, I simply decided to tell Rob where the funny mistake was. He told his wife, and…they both laughed recalling the experience!
After this story one thing is sure, they will remember how to use the expression ti voglio bene forever!