Last Summer, I was happily soaking up the sun on a beach in Greece when I heard the sound of some motor scooters approaching. After few minutes, I saw two boys and a girl coming down the beach and then stop to enjoy view.

Then, one of the two boys – I’ll call him Roger – started to look around and told his friends he didn’t see any beach cabin. Indeed, there wasn’t any.

Roger was the only one among his friends that wasn’t wearing his bathing suit and, damn it, he desperately wanted to swim in those crystal clear waters.

How to solve this situation?

Well, I saw him approaching a Greek man on the beach and explaining him, in English, that he needed to find a beach cabin. Unfortunately for Roger, the Greek man didn’t speak English at all.

At this point I thought: “he will certainly use hand gestures!”

But no, Roger decided to speak slower, instead. Maybe in this way the Greek man would have understood. Obviously, he didn’t.

“Come on, move your hands, mimic something”, I kept thinking.

Roger, instead, tried with different sentences, but again, none of them worked.

To my disappointment, Roger decided otherwise. He played his last card, grabbing his bathing suit and showing it to the Greek man. Somehow, this time the Greek man understood.

Had this situation happened to an Italian, he would have definitely acted differently. He would probably have mimicked a house, the act of undressing, dressing, diving and swimming. And, who knows, maybe in a minute the problem would have been solved.

Are hand gestures an Italian-only feature? Honestly, I don’t know, but for sure if you plan to visit Italy, it’s better you learn at least some Italian hand gestures. Yes, because Italians don’t speak only with their mouth but also with their hands!


This gesture means both Who cares? and I don’t give a damn. 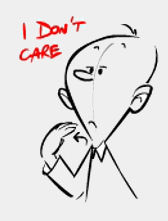 Non me ne frega niente se eri ubriaco! Hai distrutto il garage!
I don’t give a damn if you were drunk! You destroyed the garage! 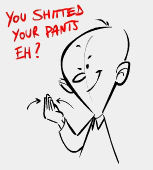 Ti sei spaventato/cagato sotto quando hai sentito quel rumore, eh?
You got scared/shitted in your pants when you heard that noise, eh?


It can be used both in an ironic way or in an offensive way. If in doubt, do not use it. 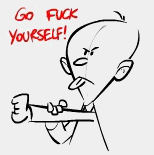 After this sentence the Italian man who should clean the house might use the fuck you gesture as an answer to the proposal. 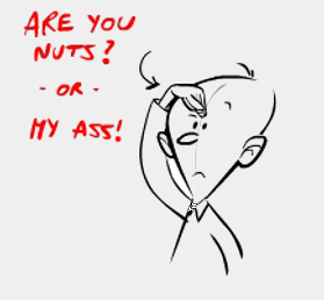 Cosa? Vuoi buttarti da questa scogliera? Ma sei matto?!
What? Do you want to jump from this cliff? Are you crazy?

It can be used both in an ironic way or in an offensive way. If in doubt, do not use it.

I’m curious, how many of these Italian hand gestures did you know?

If sentences in Italian – Some ways to express a hypothesis
Next Post: What’s your favourite Italian Carnival mask?