Every country uses nonverbal communication. It can be gestures, expressions, sounds, and so on. Just think about the thumbs-up gesture. It can mean approval in the U.S.A, it’s considered an obscene gesture in Turkey, it means number one in some other countries, and I like it on Facebook.

Among all the countries, Italy is widely known to have a great variety of gestures. Italians learn them when they are children, and gestures represent for them an essential part of everyday communication.
They can use gestures to replace verbal communication, but mostly they use them to emphasize it.

Let’s see some of the most common Italian gestures with the help of some of the skatches made by Alfredo Cassano.

Imagine a child who’s asking his daddy for the umpteenth candy: 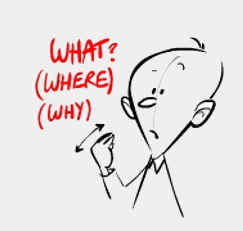 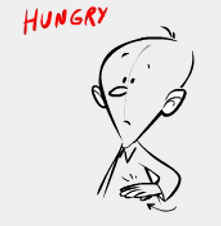 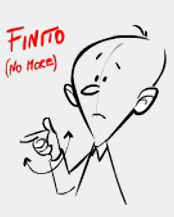 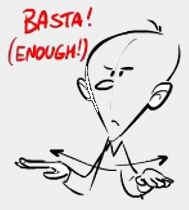 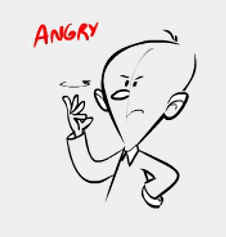 TWO WORDS ABOUT THE FIRST AND THE SECOND GESTURE

The first gesture, can mean what, where or why. You can use this gesture without speaking. In this case, it usually means either Cosa vuoi? (What do you want?) or Ma cosa dici? (But what are you saying?). In alternative, you can use this gesture to emphasise what you’re saying. You can use it with every tipe of what, where, and why question. For example, you can say Perché sei andato a casa sua? (Why did you go to his/her pace?), or Ma dov’è che vive adesso? (Where does s/he live now?) while making the gesture.

If you see some Italians making the second gesture, it means they’re hungry. If you want to use it, just remember to keep your hand horizontal, or it may give rise to some misunderstandings.

If you plan to visit Italy this year, it’s important you learn some of the Italian gestures so as you can understand Italians better. If you want, there are also some gesture dictionaries available as Speak Italian: The Fine Art of the Gesture by Bruno Munari.

Have you already visited Italy and noticed some typical Italian gestures? Feel free to post your comments below.

If you’re interested in Italian gestures, have a look also at this article: Italian hand gestures (Part 2)

Italian possessive adjectives and pronouns
Next Post: How to prepare for CILS, CELI and PLIDA exams: Writing