The history of Italian wine 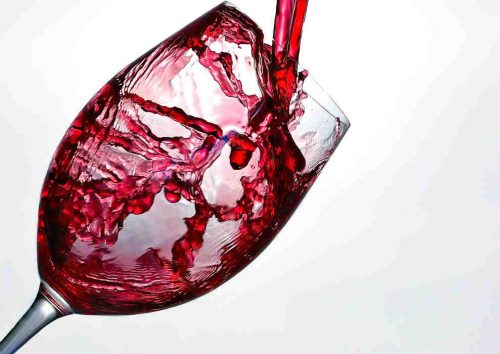 Italian wine is one of the most well-known and loved Italian drinks in the world.

If you love Italian wine too, in this article I’m going to talk about the origins of Italian wine and about some common Italian terms related to wine.

The origins of wine are still uncertain. Researchers suppose that humans picked berries and tasted them to decide if they were good or not.

Once they decided they liked berries they started to collect them in some containers.

However, after some days berries started to ferment, leaving juices and slowly producing low-alcohol wine.

What researchers really know up till now is that the oldest winery was uncovered in Armenia and dates back to 4100 BC.

However the oldest evidence of wine production was found in China and dates back to 7000 BC.

In Italy, althought vines had been cultivated for millennia, it was only thanks to Greeks that wine actually became a common drink around 800BC.

Indeed, the South of Italy was colonized by Greeks for a certain period of time and so they started to bring wine to Sicily.

With the Roman Empire, then, wine became a real business. Romans managed to improve winemaking technology by increasing grape varieties and by inventing new cultivation techniques. Moreover, they decided to replace terracotta amphoras with barrels and glass bottles to store and ship wine.

It’s said that by 92 AD there were so many vineyards that emperor Domitian was forced to ban the planting of any new vineyard in Italy to leave some space for the production of grain.

Nowadays Italy is one of the major wine producer in the world. Not only Italian wine is widely loved by Italians but it’s also appreciated by foreigners. Indeed, it’s exported all around the world.

In Italy there are vineyards in almost every region and each region has its own typical wine production. For example, Barolo in Piedmont, Chianti in Tuscany, Amarone in Veneto and so on.

In Italy there is also an appellation system for wines. Indeed, the highest quality Italian wines are either IGP or DOP. So, the next time remember to check the bottle before buying some Italian wine!