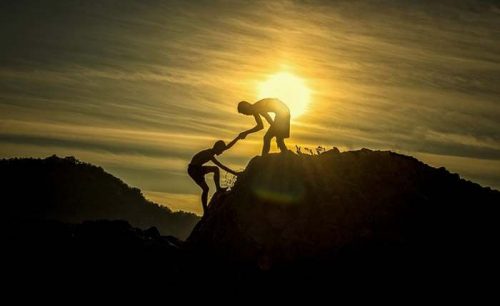 Italians are famous for gesturing a lot while talking. Sometimes they do it to emphasize what they’re saying, sometimes, instead, gesturing hasn’t a meaning, but it just shows Italians’ nature.

Since gesturing is second nature for Italians, it’s no surprising that also in Italian language there are many idiomatic expressions related to hands.

The real meaning of this Italian expression, instead, is to do nothing, to sit on your hands.

The second Italian expression related to hands is cogliere qualcuno con le mani nel sacco, literally to catch someone with his hands in the sack.

The real meaning of this Italian expression can be easily guessed and has a very similar English equivalent: to catch someone with his hands in the cookie jar.

You can easily guess the meaning of the Italian idiomatic expression avere le mani bucate reading its literal translation: to have hands with holes.

Ex: Dammi una mano a spostare questi scatoloni
Give me a hand to move these boxes

Metterci la mano sul fuoco literally means to put one’s hand on the fire. This expression is used when someone is absolutely sure about something.

Ex: E’ stata lei a tradirci. Ci metterei la mano sul fuoco
She was the one who betrayed us. I’d stake my life on it

Did you already know these five Italian idiomatic expressions related to hands? Which is your favourite?