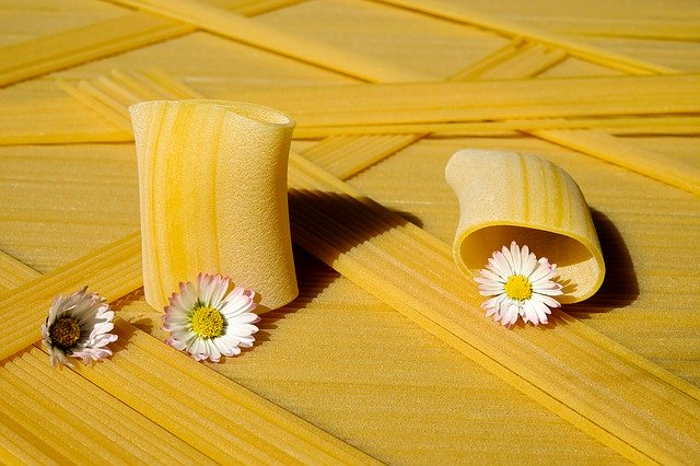 Everyone loves Italian cooking but do you really know how to cook the most famous traditional Italian dishes?

For example, amatriciana – or matriciana – is one of the most known Italian dishes in the world.

Let’s see how to prepare the authentic amatriciana recipe.

Pasta all’amatriciana is one of the most famous dishes in Rome.

Amatriciana is the evolution of another dish called Pasta alla Gricia. Indeed, when tomatoes were imported from America, someone in Italy, in the town of Amatrice, decided to add them to the recipe of Pasta alla Gricia, creating in this way a whole new dish: Amatriciana.

Amatriciana is prepared using very simple ingredients. But apart from tomatoes, what are these ingredients?

So, for now we have tomatoes and guanciale.

What type of pasta should I use? Should I use pennette, rigatoni, bucatini or spaghetti?

I’m sure you’ve heard or read on many restaurant’s menus bucatini all’amatriciana. Although this is a popular dish in Italy, if you want to cook the authentic amatriciana recipe, you have to choose spaghetti. In fact, bucatini were introduced much later in the Italian cuisine.

Any other ingredient? Well, yes.

If you want to prepare authentic amatriciana recipe, you should use an iron pan, so some lard to grease it, is necessary. Finally, you’ll need some pecorino.

Preparation
1. Bring a large pot of salted water to a boil for the pasta.
2. Blanch tomatoes in hot boiled water for one minute. Remove tomatoes, peel, and chop them into pieces.
3. Discard the rind and cut guanciale into small stripes.
4. Grease an iron pan with lard, add guanciale and heat it over a low heat. Cook until guanciale is crisp. Then, remove guanciale – not the fat it released, because we’ll need it in a minute – with a skimmer and put it in a small dish.
5. Add the tomatoes to the iron pan – the one where you cooked guanciale – and cook them for 10-15 minutes over a medium-low heat. Then add 20 g of pecorino and stir.
6. Cook pasta al dente, drain it, and add it to the sauce. Cook it for two more minutes, stirring. Then add guanciale, season with a sprinkle of pecorino and serve.

And this is the authentic amatriciana recipe.

Do you like amatriciana? How do you cook it?

Ricordare and Ricordarsi. What’s the difference?
Next Post: What’s the meaning of proprio?