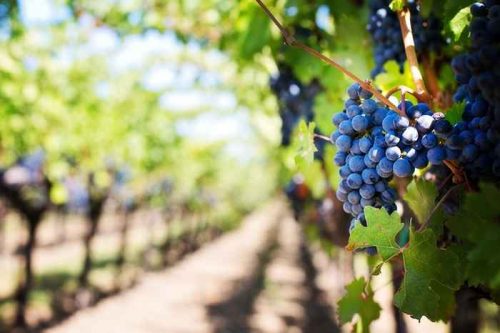 Raise your hand if you like drinking a glass of wine after a hard day work and you also happen to love Italy. If it’s so, I think you’re going to like this article.

Indeed, I’m about to tell you about some famous Italian wines from Veneto together with some of the Italian towns you should visit to taste them in their production area.

Veneto is an Italian region in the north-east of Italy. The most famous cities of Veneto are probably Venezia and Verona.

However, not everyone knows that Veneto is also widely known in Italy for wine production. Indeed, many DOC and DOCG Italian wines are produced in this region, some of the most famous ones being Amarone, ConeglianoValdobbiadene, Soave, and Bardolino.

Valpolicella is a hilly area in the province of Verona which includes many interesting towns such as Dolcé, Fumane, Grezzana, Negrar, San Pietro in Cariano, etc.

Valpolicella is particularly known for wine production. The most known Italian wine produced there among non-Italians is probably Amarone – literally the great bitter.

In the list of Italian wines from Veneto, Amarone is on the top.

Grapes are harvested ripe in the first weeks of October. They’re then allowed to dry in drying chambers up to 4 months, crushed, and allowed to ferment up to 50 days. Finally, the wine is aged in French, Slovenian or Slovakian oak barriques.

Amarone is particularly good with steaks and brasato.

Conegliano is a town in the province of Treviso famous for wine production. The most known wine produced here is the DOCG dry white Prosecco Valdobbiadene.

Prosecco is made from the glera grape variety and can be still – tranquillo – slightly sparkling – frizzante – and sparkling – spumante.

Prosecco Valdobbiadene is especially drunk during aperitivo. However, due to its sweetness it can be drunk also throughout meals.

Bardolino is a town in the province of Verona widely known for its wine production. The most known wine produced there has the same name of the town: Bardolino.

When you think about Italian wines from Veneto, Bardolino is one of the first wines to come to your mind.

Bardolino is a subtly fruity wine and can be drunk in any occasion, with any type of dish: salami, pizza, risotto, roast beef, chicken, etc.

Soave is a small town in the province of Verona with a beautiful medieval castle. The town is best known for wine production, in particular for the production of the DOC/DOCG Soave Italian wine.

Soave Classico is produced only in the towns of Soave and Monteforte d’Alpone. The grapes cultivated in the area of Soave grow in a soil with a high percentage of limestone. This helps produce fuller wines with a stronger fruity taste.

It can be drunk with soups, white meat such as rabbit, chicken, pork, and fish such as anchiovies, sole, oysters, salmon.

Have you already tasted one of these four Italian wines from Veneto? Which one is your favourite?