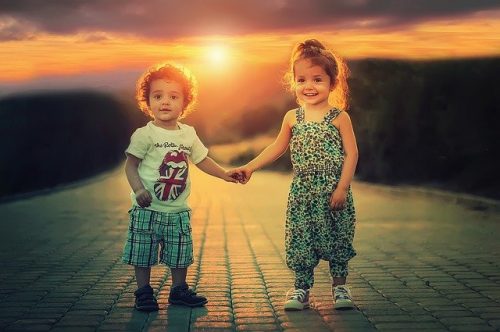 As you might know very well, in Italian nouns can be masculine, feminine or, in some cases they can be both.

However, some other Italian nouns change their meaning according to their gender.

So, let’s see ten Italian masculine and feminine nouns that have a different meaning.

The first masculine and feminine nouns we’ll study today are banco and banca.

Examples:
Il mio banco è troppo basso per me
My school desk is too short for me
Abbiamo nuotato vicino a un banco di pesci
We swam near a school of fish

Banca, instead means only bank in Italian.

Example: Oggi sono andata in banca a prelevare 1.500 euro
Today I went to the bank to withdraw 1,500 euros

Other two peculiar Italian masculine and feminine nouns are pero and pera.

Pero in Italian means pear tree while pera is its fruit, the pear. However, in slang Italian pera can also mean drug shot – it can be used in some sentences also ironically to indicate that someone seems a little crazy or is talking nonsense.

Foglio can mean sheet of paper or, in same cases, layer. Instead, foglia means leaf.

Instead, scala is an object that it’s better to have at home since it might come in handy. Scala means ladder in Italian.

However, it can also mean staircase, and scale.

In Italian mostro can have two different meanings. It can mean both monster and genius, prodigy.

In Italian pizzo can mean both lace and a sum of money paid to the mafia either to get their protection or to avoid being threaten or hurted by them.

Pizza, instead is famous all over the world and it’s a typical Italian dish.

Examples:
C’è una macchia sul soffitto
There’s a stain on the ceiling
C’è un topo in soffitta
There’s a mouse in the attic

Did you already know these ten Italian masculine and feminine nouns? Can you come up with some other Italian nouns like these?