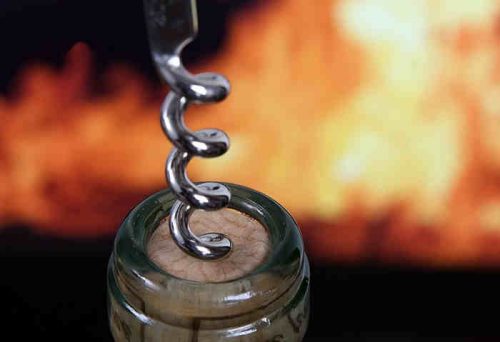 Some of the places tourists visit when in Italy are museums. In addition to host wonderful exhibitions, during Summer museums also offer tourists the opportunity to shelter from the heat.

The most visited museums in Italy are Uffizi and Bargello in Florence, Cenacolo Vinciano in Milan, Galleria Borghese in Rome, etc.

However, if you want to distance yourself from traditional museums and visit unusual museums, here’s a list of the most interesting places you should visit.

Ferentillo mummies museum is in Saint Stephen Church in the Umbria region.

From the XVI century on all the people who died in Ferentillo were buried in this Church.

However, in 1806 Napoleon issued the “Décret Impérial sur les Sépultures” – Imperial decree about burials – which forbade any burial within the city borders.

Because of this, cemeteries outside the city borderd were created, and the remains of the people buried in Saint Stephen Church were exhumed.

In the moment of the exhumation, people realized how well preserved some of the bodies were. The bodies still had flesh, nails, teeth, ears, lips, beard, hair, etc.

From that moment on many researchers studied the corpses to try to grab the secret of their perfect mummification.

Some researchers claim that such a mummification was possible thanks to a high presence of limestone, clay and calcium salts in the ground and to a dry, fresh, ventilated environment.

Nowadays, the Ferentillo mummies museum is one of the most visited unusual museums in Italy.

If you need further information, please visit the official site of the Ferentillo mummies.

MUSEUM OF THE SOULS OF PURGATORY

The Museum of the Souls of the Purgatory is a museum in Rome. It’s in Chiesa del Sacro Cuore del Suffraggio.

The Museum was started by the priest Victor Jouët.

In a 1897 a fire burnt a chapel in Chiesa del Sacro Cuore del Suffraggio and Jouët saw behind the altar the image of a human face, with a very sad expression, impressed by the flames.

Jouët thought that that was the image of a soul in Purgatory who tried to get in contact with alive people to ask for prayers so it could move on to Paradise.

Nowadays the collection is composed of ten documents and some photos, including the imprint of three fingers left by Palmira Rastelli, and the imprint of Marguerite Dammerlé’s mother-in-law.

The corkscrew museum was opened in 2006 near the Castle of Barolo, in Piedmont one of the most important Italian regions for the production of wine.

The museum has 500 corkscrews from all over the world made of iron, wood, bone, silver, tortoiseshell, etc, dating back up till the XVII century.

In the museum you can also see some miniature corkscrews used to open phials of medicaments or perfume.

Finally, the museum has also a shop with some Barolo bottles and other local wines, books, corkscrews, souvenirs, and many gadgets related to wine.

If you need further information, please visit the official site of the Corkscrews museum.

In Italy you can find several unusual museums but the strangest of all is maybe the shit museum in Piacenza, in the Emilia-Romagna region.

Italy was the first country in the world to open a shit museum.

This museum was born from an idea of Gianantonio Locatelli, an agricultural businessman.

The museum is based on the theme of eco-friendly recycling, in short the possibility to somehow reuse manure.

For this reason, the museum invented and patented Merdacotta – literally baked shit – a product made of dried cow dung and Tuscan clay.

With Merdacotta it’s possible to produce bowls, plates, mugs, tiles, etc. When it’s glazed and fired at 1,800 degrees, the objects made of Merdacotta can even be used to serve food or drinks.

In the museum you can also see fossilized dinosaur faeces, dung beetles, jars of different faeces, ancient Roman remedies made of faeces, etc.

For more information, please visit the official site of the shit museum.

Have you already visited these four unusual museums in Italy? What do you think about them?