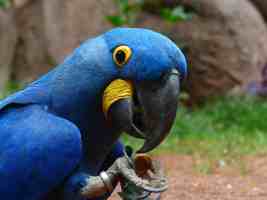 Nowadays, studying at least a foreign language is compulsory in many school systems. However, after graduation, maybe for lack of interest, some people just decide to stop learning languages.

Today I want to list some of the reasons why you should, instead, keep on studying a foreign language:

Firstly, studying a foreign language may increase your possibilities of getting a job and of getting higher wages. In fact, nowadays knowing a second language is considered an extra value or a requirement by many working places – i.e. hotels, firms, schools, government.

When studying a foreign language you constantly train your brain memorizing new grammatical structures and vocabulary. So, you improve your memory.

Different studies have shown that learning another language delays some brain diseases such as Alzheimer and dementia. Monolinguals generally show the first synthoms of these two diseases four years earlier than people who spoke a second language fluently.

Studying  a foreign language oblige you to reflect on grammar and language structures. Since when learning a new language we generally compare  the systems of the languages we already know, this can help you improving the knowledge of your native language too.

Language and culture are strongly linked to each other. As Saint-Jacques said “a language is like a window to the world of another culture”. So, studying a new language allows you to learn something about the culture of the country in which the language you’re studying is spoken. Moreover, it also allows you to deepen cross-cultural awareness.

6. IMPROVEMENT OF SOME BRAIN AREAS

I would also add that learning a new language is fun, and satisfying, but these are just personal opinions 🙂

For the ones of you who have just decided to start learning a new language, here are four free websites that can help you:

Are you a language learner? Which language do you study?
Do you know other benefits of learning a foreign language?

Visiting Italy? A not-to-do list
Next Post: How to prepare for CILS, CELI and PLIDA exams – listening