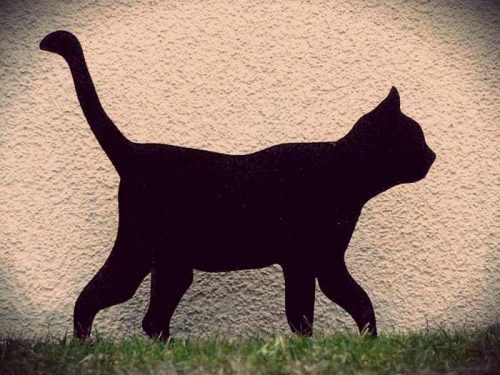 In Italy, as in many other countries, there are many superstitions.

So, in this article I’m going to talk about seven common Italian superstitions and their origins.

If for many countries number 17 is just a common number, for Italians it’s synonyms of bad luck.

Why? Obviously, the reason isn’t certain but one possible explanation is because the verse 7 of the Book of Genesis says that on day 17 the flood myth started.

Unlike number 17, number 13 is considered to be a lucky number in Italy. However, number 13 doesn’t always bring good luck. In fact, if 13 refers to the number of people who sit down for a meal, then it’s a bad omen. So, remember to set another place at the table, just in case.

This Italian superstition probably origins from the fact that there were 13 people at the Last Supper, and Judas was the 13th to take his place at the table.

One of the commonest Italian superstitions concerns cats.

Cats are beautiful, we know it, but if a black cat crosses your path in Italy…God helps you. The “poor” cat will bring you bad luck. If you want to ward off this type of bad luck, you can choose between two options. Either you take three steps back or you wait for another soul to cross the cat’s path.

The origin of this superstition has probably something to do with the fact that during Middle Ages black cats were often linked to devil.

The cross is one of the symbols of Christianity, sure, but in Italy crossing two objects to form a cross – like fork and knife – will bring you bad luck.

The origin of this Italian superstition is unknown. Some say that it brings bad luck because crosses remind people of the death of Christ but it doesn’t make any sense to me – if that was correct, in theory you shouldn’t wear crosses as well, or am I wrong?

So, if anyone has some possible “logical” explanation for this Italian superstition, don’t forget to write it in a comment below.

Walking under a ladder is really considered a bad omen in Italy.

The origins of this is Italian superstition is uncertain. Some say it comes from the fact that a ladder leaning against a wall reminds people of a triangle, the symbol of the trinity. So, walking under a ladder, somehow is like breaking the holiness of the trinity.

In Italy bad luck will come to people that say the same word or sentence at the same time. In this case, if you want to ward off bad luck you should either touch your nose for three times or touch your nose, then your ear and then, again, your nose.

Italian superstitions can even concern brooms.

In fact, even brooms are the favorite means of transport of one of the most loved characters of the Italian culture, la Befana, these objects seem to bring with them also a negative aspect.

Indeed, if someone ever brushes your feet with a broom, you’ll never get married.