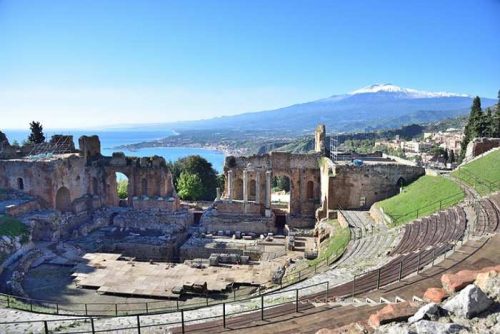 Italy is well known for the precence of many famous historical sites in its territory.

Here are some of the new archeological discoveries of the last few years in Italy.

During some excavations in Lombardy, some archeologists found the skeleton of a man who lived in the 6th century and died in his 40s or 50s.

The peculiarity about the man is that he carried some sort of prothesis. Indeed, his right hand had been amputated up to his mid-forearm and it was replaced by a dagger.

It appears that the dagger was attached to the arm with leather straps and a bronze buckle.

According to researchers it seems that at that time surgeons were more than able to amputate limbs without the use of antibiotics or anesthesia, without compromising the chances of survival of patients.

Researchers weren’t able to define whether the limb of the man was amputated because of a wound he received in battle or as a punishment.

Another thing researchers don’t know is why the man chose to use a dagger as a prothesis. They suppose it was because he was a fighter.

What they do know for sure, however, is that the man lived with that prothesis for a long time and used it frequently.

During the excavations for the installation of new gas pipelines in Mistretta some Italian workers found perfectly preserved ancient walls, tombs and skeletons, dating back to the 4th and 3rd century BC.

Archeologists suppose that the findings are part of the ancient city of Amistraton.

These findings are very important because archeologists didn’t suspect that part of the city of Amistraton could lie in this area.

During some excavations in Imola, archeologists found a tomb with the skeleton of a woman and a child dating back to the 7th century.

The woman died when she was between 25 and 35 years old, while the baby died as soon as s/he was born, at 38 weeks.

The peculiarity of this discovery is that while the head and the body of the fetus were placed between the woman’s hips, its feet and legs were still in the woman’s pelvic area as it happens during childbirth.

Researchers believe that this is a rare case of post mortem childbirth.

In addition to this, archeologists found that the woman’s skull showed traced of trepanation.

Researchers believe that this could either be the reason why the woman died or a last attempt to save her life.

Do you know of some other new archeological discoveries in Italy?