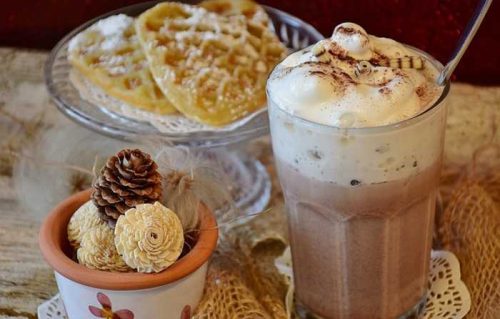 I don’t know about you but I generally don’t like cold weather, so I don’t usually like Winter.

When this season comes, the only thing I’d like to do is to sit on my couch covered in a duvet, and sip hot chocolate while watching a good comedy in a foreign language – usually English for me.

So, today I thought it would be a good idea to give you the titles of two Italian comedies you can watch.

Ti presento Sofia – let me introduce you to Sofia – is an Italian comedy I would definitely watch while sipping hot chocolate.

This movie is about Gabriele, an ex-rocker that now owns a music store. Gabriele is divorced and has a 10-year-old daughter named Sofia to take care of.

After the experience with his wife, Gabriele is not interested in meeting new women. His friends, however, disagree. So, every now and then they try to help him introducing him a new woman.

But as soon as Gabriele meets her, he starts talking about his daughter and never stops until she runs away.

However, one day Gabriele bumps into Mara, an old friend and, suddenly, he starts to feel the desire to be in a relationship again.

But there’s a problem. During their first date Mara tells Gabriele that she hates children.

Gabriele didn’t expect such a revelation but he doesn’t want to lose Mara, so he decides to hide the existence of his own daugher, Sofia, to Mara, and the existence of Mara to Sofia, with hilarious consequences.

Metti la nonna in freezer – put grandma in the freezer – is another Italian comedy to watch while sipping hot chocolate.

This movie is about Claudia, a young art restorer who’s waiting to be paid for his work by the Italian superintendence of cultural heritage.

Since the superintendence’s payment is late, the only way she manages to make ends meet is using her grandma’s pension.

So, when her grandma suddenly passes away, she comes up with a crazy idea: to temporarily put her in the freezer so she can keep collecting her pension until the superintendence pays her what she’s due.

Just when her problems seem finally to be solving, Simone, a clumsy but incorruptible financier falls in love with her and got into her life.

Claudia has to resort to every kind of trick to avoid Simone to find out the truth. However, with time, hiding her grandma becomes more and more difficult and Simone starts to become a little bit suspiscious. How will this end?

What are some of the Italian movies you’d like to watch while sipping hot chocolate?