Movies are the mirror of a culture. They show its beliefs, its way of being, its traditions and so on. For this reason, I’ve decided to write a series of articles about Italian movies. I’ll start from my favorite: Italian comedies.
Italian film producers shoot many comedies every year. Today I’ll list only five of the Italian comedies that have been shot during the years:

Miseria e nobiltà is an Italian comedy directed by Mario Mattioli in 1954.
The story is about Felice Sciosciamocca, a man who lives in a small flat with his friend Don Pasquale, and their respective families. They don’t have much money and living together isn’t easy at all. One day, marquess Eugenio comes and asks for their help. Eugenio is in love with a dancer, Gemma, but her father would like to meet Eugenio’s parents before agreeing to their marriage. Unfortunately, this is not possible since Eugenio’s parents don’t’ want him to marry Gemma because she’s not a noble. So, Eugenio asks Felice e Don Pasquale to pretend to be his rich family. Felice e Don Pasquale agree and… 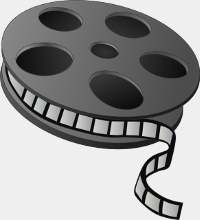 La grande guerra is a drama-comedy directed by Mario Monicelli in 1959.
It tells the story of Oreste Jacovacci and Giovanni Busacca who are called to arms for the World War I. However, none of them want to fight. Both hate danger and just want to go back home unscathed.
This movie is basically an ironic version of life in the trenches of Italians soldiers during world war I. It had a great success both in Italy and abroad and also won the Golden lion at the Venice film festival.

Directed by Luciano Salce in 1975, Fantozzi is another famous Italian comedy.
Fantozzi is the first of ten movies which have as main character the unlucky clerk Ugo Fantozzi. Fantozzi’s life is told with different sketches, from his non-existent relationship with Mrs Silvani to the presence of the clerk cloud which appears whenever clerks are on holiday. This movie had a great success in Italy and nowadays Fantozzi can be seen as symbol of the Italian middle class of the 70’s, unhappy and frustrated at work and with family.

Che bella giornata is an Italian comedy directed by Gennaro Nunziante in 2011.
It tells the story of Checco, a naïve security officer working at Milan Cathedral. One day, Checco meets Farah, an Arab girl who pretend to be an architecture student, and he falls in love with her. However, Farah’s aim is that of collecting information about Milan Cathedral and the Madonnina, so as she and her accomplices can place a bomb in it but…

Andiamo a quel paese is an Italian comedy directed by Ficarra e Picone in 2014.
The story is about Salvo and Valentino, two unemployed men who decide to move from Palermo to the small Sicilian town of Monteforte in search of fortune. Once there Salvo has an idea. He decides to host in his house many of his wife’s retired relatives. In this way he and Valentino can live without the need of finding a job, thanks to the old men and ladies’ pensions, but something goes wrong and…

Did you know these movies? Have you watched other Italian comedies that you really liked? Feel free to post your comments below.

What to see in Rome – The colosseum
Next Post: How to train your memory