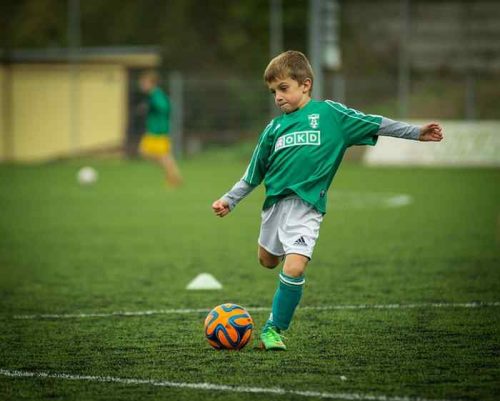 For children playing outside is the perfect way to make new friends.

There are many games your children can play outside with other children in Italy – have a look also at Playing outside – Italian games for children (Part 1).

Il lupo mangia-frutta, literally the wolf who eats fruit, is one of the many games your children can play outside with 5 or more friends.

Once they’ve decided, the wolf stands in front of the children. Meanwhile, each child thinks about a fruit.

Then the wolf says:

And the children reply with:

“Che frutto vuoi?”
“What fruit do you want?”

At this point the wolf says the name of a fruit, let’s say banana, and all the children who had thought banana at the beginning of the game start to run to reach the safe place.

The wolf, instead, tries to catch at least one of the children before the child gets to the safe area.

Nascondino is another very popular game to play outside with friends.

Before starting the game, the players decide who’s the player that will have to count – let’s call him player X – and a safe place, tana in Italian.

After they have decided, the game can start.

When the game starts, player X goes to the safe place, closes his eyes and counts to 10 or to 20 while the other players hide.

After reaching 10 – or 20, player X shouts “Via” and then tries to locate all the players.
When player X locates a player, he runs back to the safe place and says: “Tana per + name” followed by the place where he was hidden – i.e. “Tana per Marco, dietro l’albero”.

The first player who’s found by player X, becomes player X for the next round.

Players can stay hidden, hoping not to be found or they can run to the safe place, touch it and shout “libero” – free. In this way they cannot be tagged.

The last player can shout “liberi tutti” – everyone’s free – in this way he sets free all the players who had been caught by player X. In this case player X will play player X also for the next round.

Palla prigioniera is another game that your children can play outside.

To play palla prigioniera you need to find or draw a court – similar to a basketball or volleyball court, with a central dividing line.

Before starting the game, players form two teams and decide the team that gets the ball.

Once decided, the game can start. The main objective of palla prigioniera is to eliminate all the members of the opposing team.

To do so, one person throws the ball – without stepping beyond the central dividing line – and hits a member of the opposing team directly – meaning the ball doesn’t have to hit the floor, the roof, the walls, etc, before hitting an opponent.

When a player is hit and no one of the same team catches the ball before it hits the floor, roof or walls, then the player who was hit goes to “prison”, an area placed at the end of the opposing team’s court.

If, instead, one of the same team catches the ball, it’s the thrower who goes to prison.

The thrower goes to prison also if a player of the opposing team catches the ball on the full before anyone is hit.

A player who’s in prison can get free if he hits a member of the opposite team on the full.

The team that sends all the members of the opposing team to prison wins the game.

Have you ever played one of these three games? Which is your favourite?