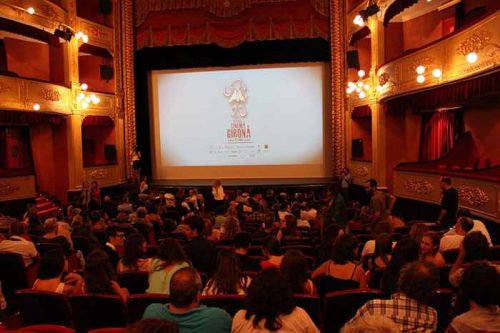 Adriano Celentano is a celebrity in Italy. He’s a famous Italian singer, composer and actor.

He was nicknamed “Il Molleggiato” because of his dancing.

His career as a singer started in 1956 with a boy band but the real success would come only three years later with the song Il tuo bacio è come il rock.

Since then, he has sold over 150 million records and produced many famous songs such as 24.000 baci, Azzurro, Una carezza in un pugno, etc.

But as I already mentioned, Adriano Celentano worked also as an actor. He played in 40 films, mostly comedies, and the majority of them were a great success.

I must admit I like the majority of these Italian comedies a lot.

So, let’s see three of these Italian comedies.

In this movie Elia, played by Adriano Celentano, is a farmer who doesn’t particularly like people, especially women.

Mamy, his housekeeper, is the only woman who can enter his house. She has tried many times to marry Elia off to a nice girl but she always failed.

In fact, Elia seems to get along only with animals.

But one stormy night the car of a beautiful woman, named Lisa, broke down. So, she is forced to go to Elia’s house and search for help and hospitality.

If at first Lisa thinks Elia is a very rude man, with time she fell in love with him and keeps finding excuses to extend her stay.

Elia realizes to feel something for Lisa too but he decides to keep being rude. The result is that Lisa gets angry and leaves the house.

How will this love story end?

A plane crushes in the African jungle and the only survivor is a baby, Bingo Bongo, who is then adopted by chimpanzees.

Years later, Bingo Bongo is captured by an expedition, brought in Milan in a cage, and studied.

There, Bingo Bongo proves to be exteremely strong and intelligent. With time, he falls in love with one of the researchers, Laura.

One day, Bingo Bongo escape and hides at Laura’s place. There Laura continues to train him to be part of human society, succesfully.

However, Bingo Bongo decides to leave to come back to Africa since Laura doesn’t see to be in love with him.

Will this really be the end?

Cristina, the princess of a fictional state named Saint Tulipe is visiting Rome with her family. They’re staying at the embassy. During this visit, her father, king Gustavo VI, hopes to get a big loan from Italy’s national bank because Saint Tulipe is experiencing a big financial crisis.

Cristina gets bored easily during the stay and so decides to sneak away from the embassy to have a tour of Rome.

On the bus she takes, she meets the driver, Barnaba, who falls in love with her instantly.

Barnaba spends a whole day with Cristina, showing her many places in Rome. He also invites her to spend a chaste night in her apartment and she accepts.

In the morning, Cristina locks Barnaba in a big drawer and leaves with her bodygards.

Barnaba tries to find Cristina but with no success until one day he sees her on TV and realizes she’s a princess.

So, he tries to win her heart and also to persuade her unwilling father to let him marry Cristina.

How will this story end?

Learn Italian with Italian comics
Next Post: How to get a haircut in Italy