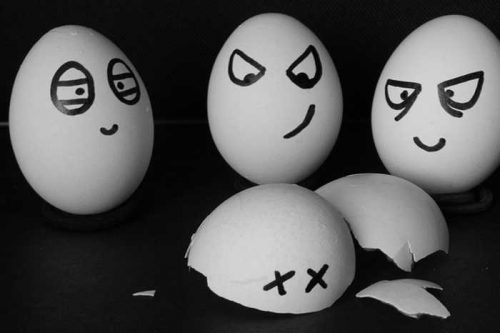 Many people love Italy. Italy has many different landscapes, different traditions, different dilects, different food specialties and several historic places that are definitely worth a visit.

Moreover, some people love Italy so much also because they think Italians are warm, relaxed, and excellent lovers.

However, some people disagree – about Italians at least – and think that Italians are loud, and unrespectful to laws.

So, in this article I’m going to talk about some of the most irritating things about Italians.

Have you ever waited for a bus in Italy? Then, maybe you have noticed that Italian buses – or trains – aren’t always on time.

If you’re a tourist coming from a country where everything works perfectly, this can be pretty annoying.

The fact is Italians have become accustomed to such delays and have come to the conclusion that getting angry would only ruin their day and wouldn’t change the situation.

So, even if it can be difficult and you find it frustrating, when in Italy try to have the same carefree attitude.

THIS IS WAR ATTITUDE

Same situation. You’re at a bus stop in Italy. The bus is late and you’re surrounded by Italians with an annoying – or enviable? – carefree attitude.

The moment you finally see the bus coming you start to move to form a queue. However, you soon realize that all the Italians who were waiting for the bus so calmly have already spread over the whole platform – obviously Italians don’t queue, didn’t you know that?

This is pretty frustrating to say the least but the worst is yet to come. When the bus stops and the doors open, it’s war. People jabbing, tripping, shoving…the reason? Isn’t it obvious? You’ve to get a seat!

Ok, maybe I’m exaggerating a bit but really, taking a bus in Italy can be an experience!

This is a very well known feature Italians have: they move their hands a lot. I do it, everytime, no matter what I’m saying.

Some people find this feature pretty annoying and distracting. Why do you always have to move your hands? It’s not necessary!

That’s true, it’s not, but it’s part of our culture and it gives more emphasis to what we’re saying. Try it, it can be fun!

However, one of the most irritating things about Italians moving their hands is that sometimes by doing so they invade your private space.

It’s not uncommon in Italy to find people that, every now and then, keep touching your arm when speaking. They do so without thinking, and don’t certainly mean to bother you. It’s just a cultural feature some Italians have.

I’m Italian and I must say I find this touching thing really but really annoying, so I understand that for a tourist it can definitely be very frustrating.

What do you think? Are these really three of the most irritating things about Italians?

Renting apartments in Italy – Things to know
Next Post: Learn some words related to Italian clothing – In an Italian shop