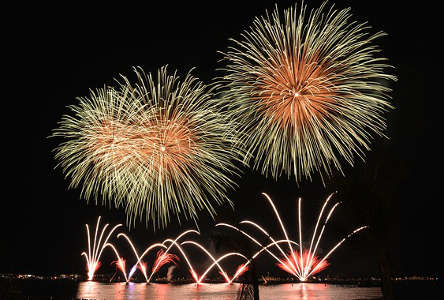 Also this year Christmas has passed and I guess by now you’re all getting ready to celebrate New Year’s Eve.

So, in this article I want to talk about some of the elements you need if you want to celebrate New year’s eve like Italians do.

If you have ever been in Italy for New year’s Eve, you’ll sure have noticed that underwear’s shop windows show almost exclusively red underwear. You can choose among many types of underwear: sexy, funny, etc.

The reason why red underwear is everywhere is that it’s tradition for Italians to wear red underwear for New year’s Eve. The origins of this tradition aren’t clear. Some think it has its roots in China, where red is considered a color of prosperity and courage. Some others, instead, believe it dates back to the Roman Empire. Indeed, it seems that in that period, red was the color associated with power, fertility and health.

Nowadays, Italians think that wearing red underwear will bring them good luck in the coming year. However, you’re warned that red underwear should come to you as a gift if you want it to be of any use against bad luck.

For New year’s Eve, Italians usually eat lentils. Indeed, this legume – whose shape is similar to that of a coin– is thought to bring good luck and prosperity in the coming year.

Some people eat them for dinner, others, instead, wait up till midnight to eat them.

A typical dish is lenticchie e zampone – lentils and pork’s trotter  – even if, sometimes, zampone is replaced with cotechino, a typical pork sausage.

If you want to cook this dish at home to celebrate New year’s Eve, here is the recipe:

Tombola is a game, similar to Bingo, created in Naples in the 18th century as an alternative to the game of Lotto.

According to tradition, King Charles VII of Naples and father Gregorio Maria Rocco decided to ban the game of Lotto during the Christmas period, since it was considered immoral by the Church.

So, Neapolitans, unhappy with this decision, decided to create a similar game, Tombola. In this way, they could still play it with their families during the Christmas period, without being considered outlaws.

Nowadays, this tradition is still strong and alive. In fact, Italians generally play Tombola during the Christmas period, especially on New Year’s Eve.

The magical properties of mistletoe date back to the Druids. Since mistletoe blossomed even during winter, this population started to believe this plant was a symbol of fertility.

Nowadays, instead, mistletoe is believed to have a different power. Indeed, according to tradition, kissing under it will improve people’s chances to find love.

While in America kissing under the mistletoe is a Christmas tradition, in Italy it’s a New year’s Eve tradition. So, don’t forget to buy one to celebrate New year’s Eve as Italians do.

This tradition is particularly popular in the South. At the ringing of the New Year, there is the custom to throw old crockery out of your own house. Italians think, in this way, to eliminate all the bad luck and negativity linked with the past year.

Ah, I was almost forgetting…BUON ANNO!