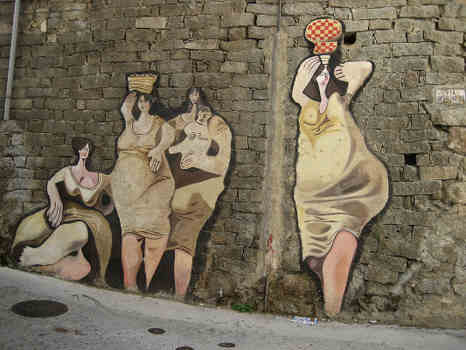 Sardinia is one of the major Italian islands. In Italy, Sardinia is renowned for its beautiful beaches.

So, if you’re going to spend your holidays in Sardinia, in this article I’m going to talk about five places you can visit.

If you’ve already planned your holidays in Sardinia, Su Nuraxi is a must-to-see.

Su Nuraxi is a nuragic archaeological site in Barumini, a little town in Sardinia. It is also an UNESCO’s World Heritage Site.

The real function of nuraghe is still unknown. Some researchers cliam that it was a religious site, others instead, think that it had a military function.

The settlement of Su Nuraxi is also surrounded by the remains of a village built during the Late Bronze Age. It consisted of fifty huts with a conical roof used for meetings or as workshops, kitchents, etc.

THE RUINS OF NORA

Nora is a Roman and pre-Roman town in Sardinia.

According to the legend, this town was founded by a semi God, Norax, together with a group of Ibernians. it’s said that Nora was the first town founded in the whole Sardinia.

However, the Nora stone, an ancient Phoenician inscription, dating back between 9th and 8th century BCE, tells a different story. In fact, the inscription on it says that the town of Nora was conquered by Phoenicians after a military battle.

From it foundation, the town of Nora was ruled by the Carthaginians and the by the Romans in 238 BC.

Back then it was an important trading center. However, it seems that from the 4th century AD on, the town started to decline.

Unfortunately, nowadays not all the remains are visible, since part of the ancient town of Nora lies under the sea.

However, the visible parts are like an open-air-museum, allowing you to see the ancient Roman streets, the remains of termal baths and so on.

If you have decided to go on holidays in Sardinia, one of the most interesting places to see is surely the National Archaeological Museum in Cagliari, Sardinia.

In it you’ll find many archeological findings, from the pre-Nuragic age to the Byzantine age, that will give you an idea of the many civilizations that have inhabited the island during the years.

There are Byzantine jewels, bronze ans stone statuettes, Roman and Italic ceramics, the Nora stone, and many others.

Yes, also the island of Sardinia has its own amphitheatre, more precisely in the city of Cagliari.

This amphitheatre was built in the 2nd century AD. Half of it was carved in the rock, the rest, instead, was built using white limestone.

As every Roman amphitheatre, in the past it housed both fights between gladiators and fights between men and animals. It also housed public executions.

From the 5th century AD, the amphitheatre ceased to be used for such purposes ans started to be used, instead, as a stone quarry.

In the 19th century the comune – municipality – of Cagliari decided to acquire the amphitheatre. Nowadays it’s used for musical representations.

In Cagliari, in the Castello district, there’s the rampart of Saint Remy.

This rampart is considered one of the most important monument in Cagliari. It was built in the 19th century on the remains of some ancient medieval boundary walls.

Its aim was to link the the District of Castello to the quarters of Marina and Villanova.

The rampart of Saint Remy was built in a classical style with some Corinthian colums made of in white limestone.

A double stairway leads to a covered promenade.

This promenade was used both as an infirmary and as a shelter for people during the 2nd world war.

When you reach the top of the rampart of Saint Remy, you’ll find Umberto I terrace, from which you can enjoy an incredible view of the city.

One last thing, if you happen to be near the little town of Orgosolo, go and see its many murals. They’re beautiful.

What about you? Have you alredy spent your holidays in Sardinia?
According to you, which are some of the most beautiful places to see in Sardinia?