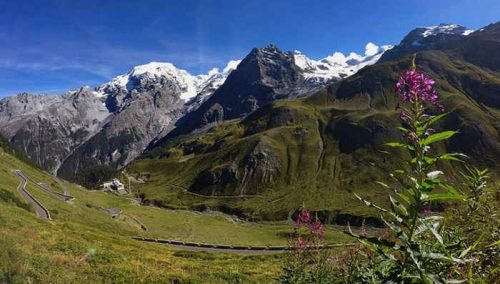 Many tourists come to Italy to visit cultural and historic places like the Colosseum, Uffizi, Pisa’s tower, etc.

However, in Italy you can also find beautiful national parks where you can relax for some days surrounded by nature and wildlife.

So, if you’re in Italy and need a break from towns and cities, here’s some Italian national parks you can visit.

This national park is the largest of Italy and it’s also one of the most visited. It includes forests, valleys and mountains – up to 3,900m of height.

If you like trekking, in Stelvio national park you can find many different paths. From the easiest ones for beginners, to the most difficult ones for experienced hikers.

For further information about the park, you can visit Stelvio’s official website.

Majella is an Italian national park located in the Abruzzo region. The highest mountain in this park is the Majella massif, which is more than 2,700 meters of height.

Majella was declared national park in 1991. In its territory there’s the 37% of all the botanical species that live in Italy.

In the park there are also two botanical gardens, some natural and archeological museums, some typical Italian villages, seven castles, and important archeological sites.

For more information about the park, you can visit Majella’s official website.

Sila is another famous and beautiful Italian national park. You can visit this park if you’re in the Calabria region.

It also has wide valleys and several mountains. The highest mountain in this park is Mount Botte Donato which is more than 1,900 meters high.

For further information about the park, you can visit Sila’s official website.

For more information about the park, you can visit Gran Paradiso’s official website.

Have you already visited some Italian national parks? Which one? Did you like it?

How to fight foreign language anxiety
Next Post: Let’s learn the meanings of the Italian verb farsi