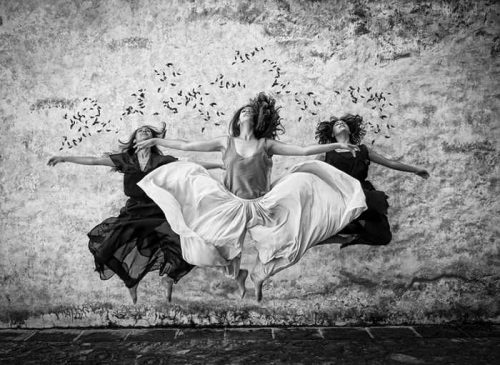 There are many men in history who’s become famous for their achievements. However, there are many women too who were able to change the world.

In this article, I’m going to talk about four Italian women who made history. I’ll list them in chronological order.

Trota was a woman who lived in Salerno between the 11th and the 12th century.

She was a physician and she’s considered to be the first gynecologist in the world.

She wrote at least three works about women’s health. Some of them included chapters about childbirth, menstruation, contraception, ways to kill the pain during labor, etc.

Artemisia was the daughter of Prudentia Montone and Orazio Gentileschi, an Italian painter.

Artemisia’s mother died when she was 12 years old and some years later her father started to introduce her to painting, even if at the time women painters weren’t easily accepted by the artistic community.

By the time she was 19 years old it was clear to her father that she had a great talent.

In 1611 Orazio decided to hire the painter Agostino Tassi to tutor Artemisia privately. However, one day Agostino raped Artemisia. After the rape she continued to have sexual relations with him under the promise that he would have married her, restoring in this way her dignity.

Needless to say, he never kept that promise. When it was clear that he wouldn’t marry Artemisia, Orazio pressed charges against Agostino and also accused him of stealing one of his paintings. To prove her loss of virginity, and that she was actually telling the truth, Artemisia was subjected to a gynecological examination and even tortured.

From the trial came out that Agostino had planned to steal some of Orazio’s paintings, he was already married and had planned to murder his wife and, finally, he had even engaged in adultery with his sister-in-law.

Agostino was found guilty and was exiled from Rome. However, since he had powerful connections, he never left the city.

Despite this terrible fact, Artemisia was the first woman to become a member of the Accademia di Arte del Disegno in Florence and she’s now considered one of the most expressive and progressive painters of her generation.

Elena had noble origins. She was the daughter of Giovanni Battista Cornaro-Piscopia and Zanetta Boni.

It seems that Elena was a very clever girl and, at the age of seven, she could speak fluently Latin and Greek and with time she also matered Spanish, French, Arabic and Hebrew.

In addition, she studied Mathematics, theology and philosophy with good results.

Since she proved to be a very good scholar, she enrolled in the University of Padova and studied philosophy.

She was the first woman in the world to get a Ph.D. degree.

Rita came from a Jewish family. She was the daughter of Adamo levi and Adele Montalcini.

When she was a teenager she wanted to become a writer but after a close family friend died of stomach cancer she changed her mind and decided to attend medical school in Turin.

After her graduation in 1936 she remained at the university as the assistant of one of his professors’.

However, as Mussolini’s Manifesto of Race was published in 1938, she, as she was a jew, had to leave the university.

However, she didn’t stop researching. Indeed, during the second world war she set up a laboratory in her bedroom and studied the growth of nerve fibers in chicken embryos.

When the war was over she was offered a one-semester research fellowship with the Washington University in St. Louis.

After she was able to duplicate the results of her home experiments she was offered a research associate position.

There, in 1952, she isolated nerve growth factor (NGF), her most important work. The NGF plays an important role in understanding cancers and some diseases.

The NGF allowed her to receive the Nobel Prize in Physiology or Medicine in 1986.

Many years later she will become the first Nobel laureate to reach the age of 100.

What were the most inspiring women in history in your opinion, and why?

How to book a room in a hotel in Italy
Next Post: Basic Italian sentences