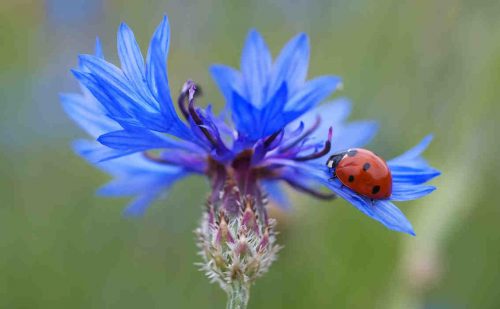 As I already mentioned in a few articles, Italians are rather superticious. So, also in Italy, as in any other country, you’ll find some object or practices that are thought to bring good luck.

In this article, you’re going to learn some of the objects and practices that are considered to bring good luck in Italy and their story.

The idea that horshoes bring good luck is very ancient.

First of all, this idea is linked with the fact that in the past horseshoes were made of iron. And people believed that iron was a material that had the power to ward off evil.

In addition to this, horseshoes are also linked to the legend of Saint Dunstan.

Dunstan worked as a blacksmith before becoming the archibishop of Canterbury. The legend says that one day the devil entered Dunstan’s shop and asked him to shoe his horse. Dunstand accepted the job. However, when the time to nail the shoe came, Dunstan decided to nail it to the devil’s foot. The devil was in pain and so Dunstan decided to remove the shoe only if he promised that he would never enter a house that had a horseshoe nailed to the door.

In Italy it’s said that if you nail a horseshoe to the door, pointing it up, it will bring you good luck.

In Italy, four-leaf clovers are considered objects that bring good luck. There are also many jewels that work as good luck charms.

The reason why ladybugs are thought to bring good luck are uncertain. Some say it’s because they’re linked with the Virgin Mary. The black spots would represent the seven sorrows of Mary.

Other say it’s because they’re red, and red was considered a color that brought good omens.

Whatever the reason, ladybugs are considered to bring good luck in Italy. So, if a ladybug lands on you, stay still and count the black spots it has. The total will reveal you the number of months you’ll have good luck.

Italian cornetto is a twisted horn that is considered to bring good luck. It is also effective against evil eye. It can be made of gold, silver, iron, steel, but usually it’s made of red plastic.

It can be worn as a bracelet, as a necklace or as a key chain.

The idea that the horn brings good luck is pretty ancient. Indeed, due to its shape – it resembles that of a phallus – it was considered a symbol of fertility, strength, virility and, consequently, of luck.

In the past, animals’ poop was considered a very important material. It was used as fertilizer, to make buildings, and also to prepare remedies against some diseases.

Nowadays, Italians think that if you step on a poop, you’ll have good luck.

In Italy it’s easy to find poop shaped key chains you can buy to bring good luck with you everywhere you go, if you want there’re even poop shaped pillows.

Did you know that these five objects are thought to bring good luck in Italy? Which object brings good luck in your country?

Basic Italian phrases about good luck and bad luck
Next Post: How to order an ice-cream in Italy