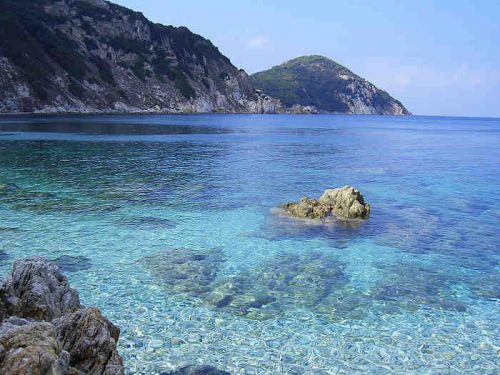 Italy has many isles. The biggest and most famous ones are surely Sicily and Sardinia. However, there are also some smaller Italian isles that are worth a visit, especially during Summer.

One of these Italian isles is the famous Elba isle.

Elba is in Tuscany and is part of the Arcipelago Toscano national park.

On this isle there are many beautiful beaches with crystal clear waters but there are also fortresses, towers, churches, ancient remains, and different museums.

So, in this article, I’ll list some of the places you can visit on one of the most beautiful Italian isles: Elba isle.

Volterraio fortress was built on an ancient Etruscan building during 1200. Later on, it was restored to become a defensive fortress and was used as a shelter by the population during the attacks.

Volterraio fortress was attacked many times during the years, especially by pirate Barbarossa but thanks to its strategic position and to its wide defensive walls, the fortress remained unconquered.

Near the fortress archeologists found some ancient bronze coins, bronze bullets, and vases.

Monserrato shrine was commissioned by the Spanish governor José Pons y León in the XVII century. His idea was to create a shrine that resembled the Montserrat shrine in Barcelona.

The structure of the shrine is bare with only few Spanish Baroque decorations. Also the interior is pretty bare. There are no frescos, only an altarpiece with a copy of the famous Spanish painting Nuestra Señora Morena.

After José Pons y León died the shrine was inhabited by monks until 1654, and became a center of pilgrimage.

Saint Catherine hermitage was built around the XVI century and was later on restored in the XX century.

The hermitage was built after Saint Catherine of Alessandria appeared several times to a local boy.

Nowadays, Saint Catherine hermitage is a popular destination for picnics among the inhabitants of the near towns and an international cultural center.

Near the hermitage there’s also a Botanical garden where you can see many local species.

Saint Martin Villa was one of the villas where Napoleon lived during the period he was exiliated on Elba isle.

On the first floor there’s a big library, and the Egyptian room, a room with many geroglyphs, some pyramids, and a big zodiac painted on the ceiling.

Demidoff did his best to improve the villa and built also Demidoff gallery, a place where, after Napoleon’s death, he collected weapons, paintings and relics connected to Napoleon, making it like a small museum.

Did I mention that on Elba isle there are also many bike trails, other castles, and some archeological museums?

Among the Italian isles, which is your favourite? Have you already visited Elba isle? Did you like it?